Almost everyone in the area knows of Eldridge and his IS300. This car has gone through many changes over the years and he has always kept it fresh. Eldridge is also the co-founder of Stanced Lyfe and a fellow Team RPM member. For 2011 he acquired another set of wheels and a coveted Euroline rear bumper. Over the years the IS sustained battle scars, well battle scratches and the paint was in need of a spruce up. With the IS being his daily, downtime was an issue. We wanted to do a complete color change but with the time issue that idea got shot down. We still wanted to do something different for the IS and that's when the Steel Gray Metallic was suggested. The color stayed in the gray family so the door jams and engine bay did not have to be addressed but the color made a huge difference. In the sun the paint had a gold hue and at night it had a black hue. After Eldridge saw the different shades in the color he was definitely on-board.

With the color picked out we scheduled a time when it was most feasible to be taken in to The Body Shop where Jeremy stepped up to the challenge of getting the car done over the weekend. Malcolm stopped by to lend a helping hand as well. The car was stripped down, all the dents, dings etc were fixed and the whole car wet sanded smooth to give the paint a good starting base. The rear bumper had to be modified to fit properly so that was done as well. 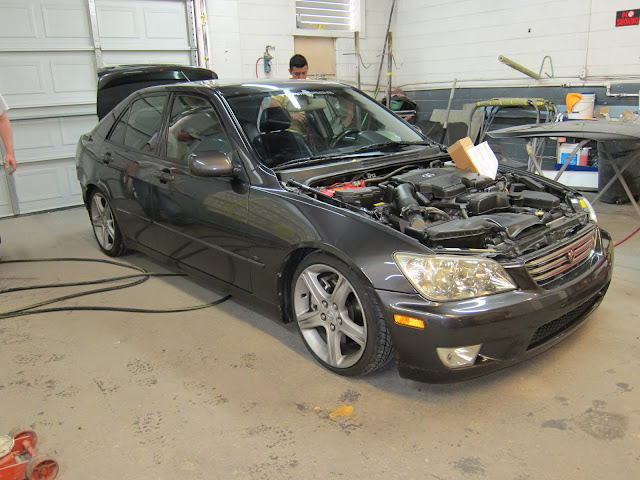 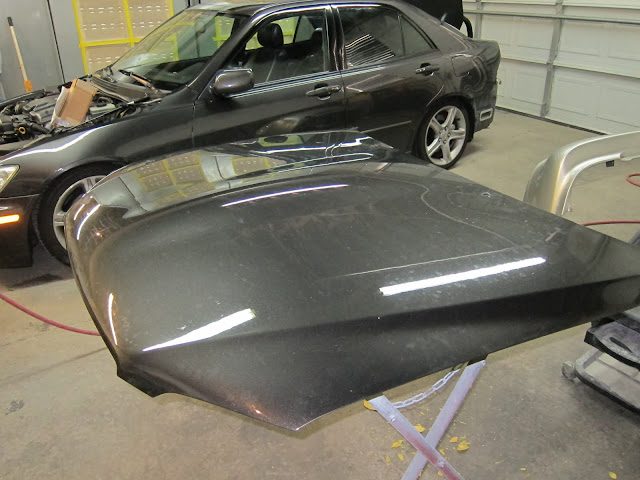 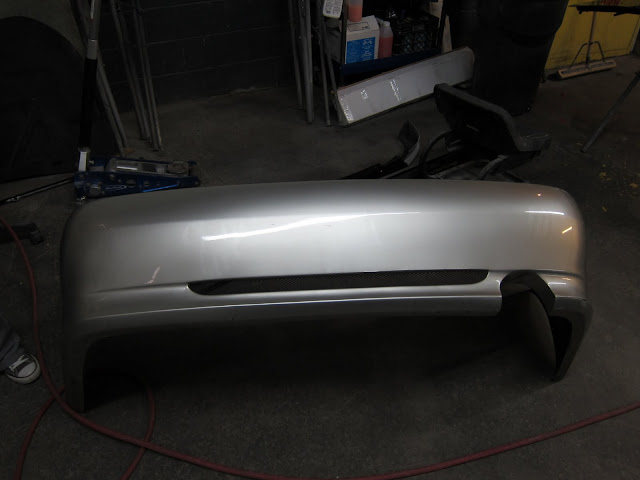 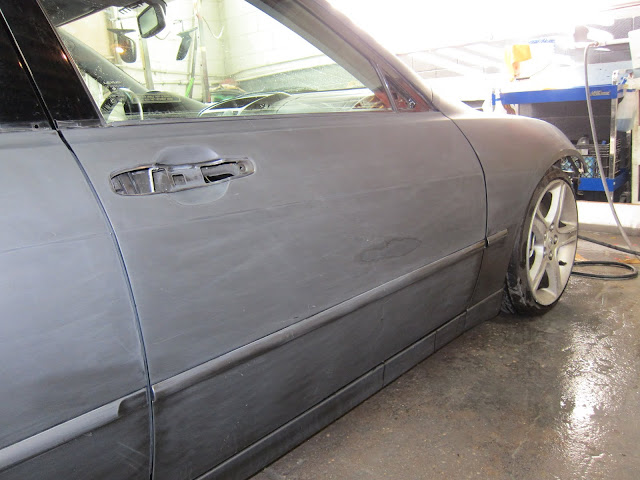 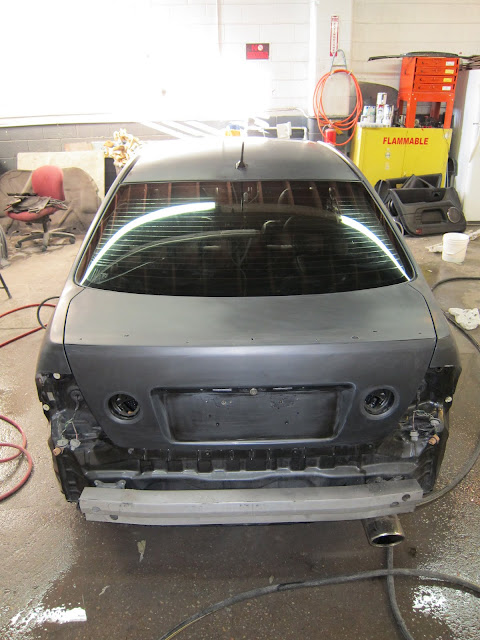 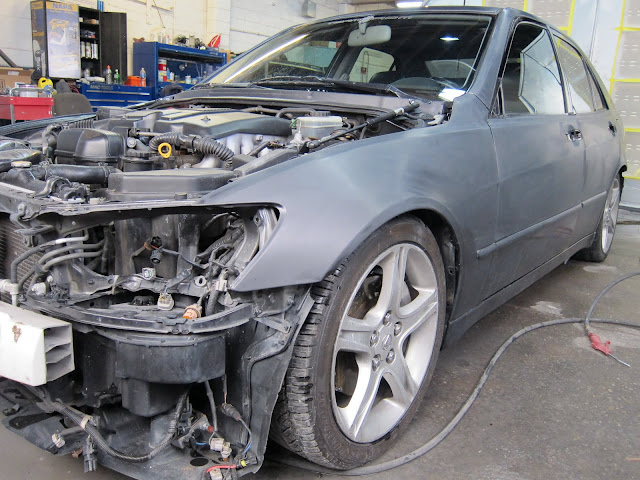 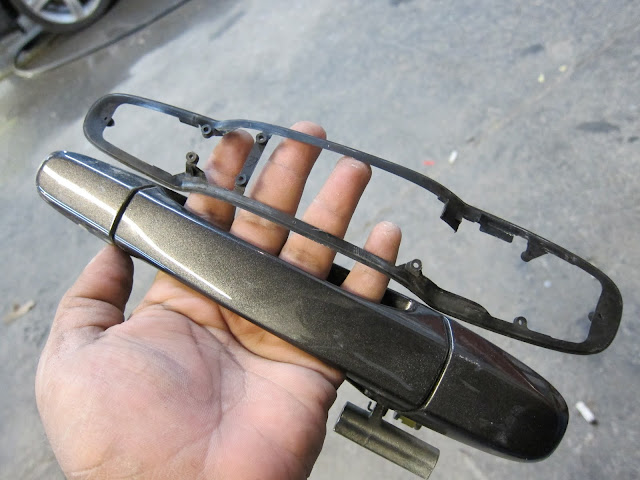 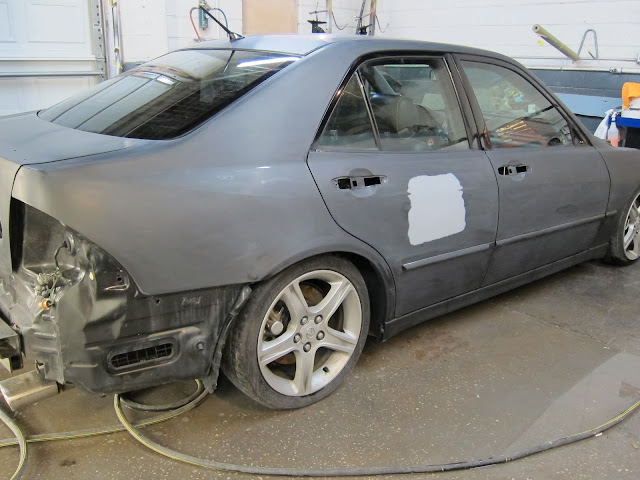 We split the paint into two batches, first batch included the hood, front and rear bumper, sideskirts, door handles, front lip and side mirrors. The second batch was the car itself. Lets just say it was a long sleep deprived weekend, 24 hours of just prep time, 8 hours of paint time and then assembly. 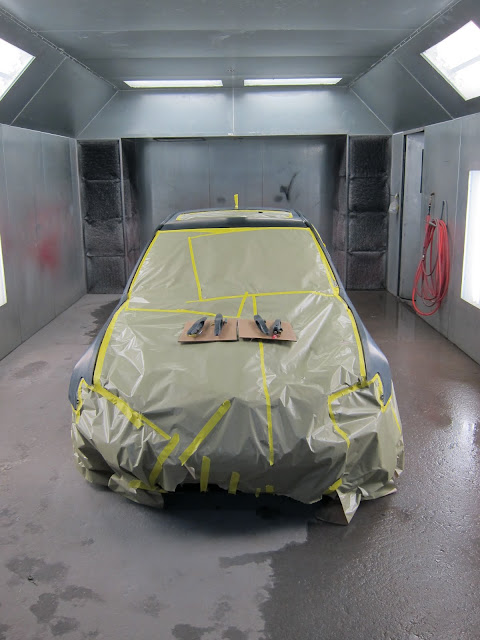 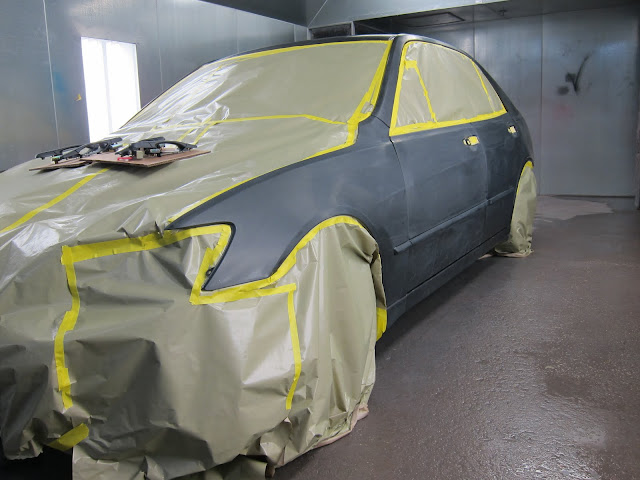 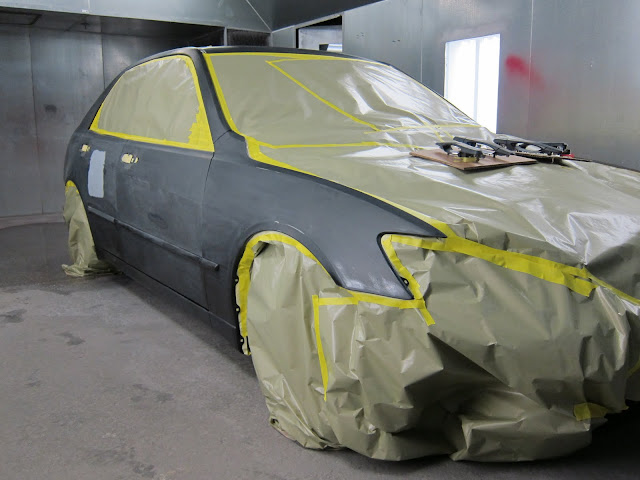 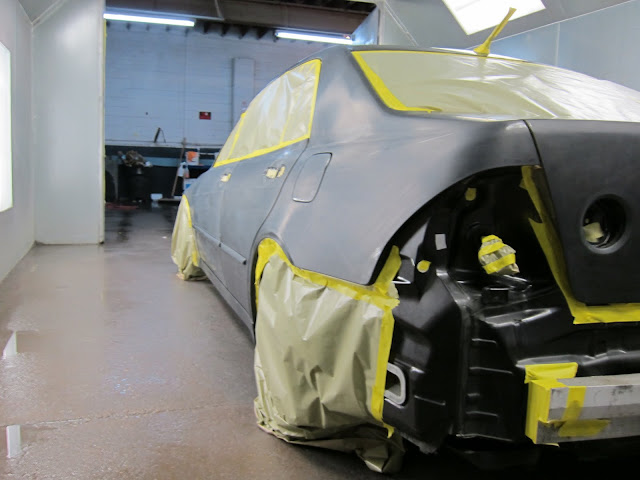 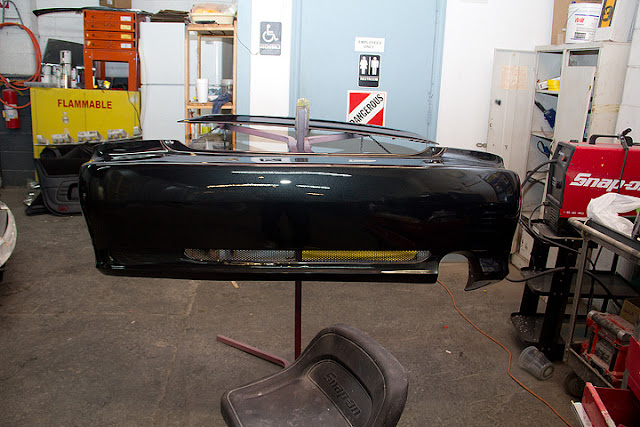 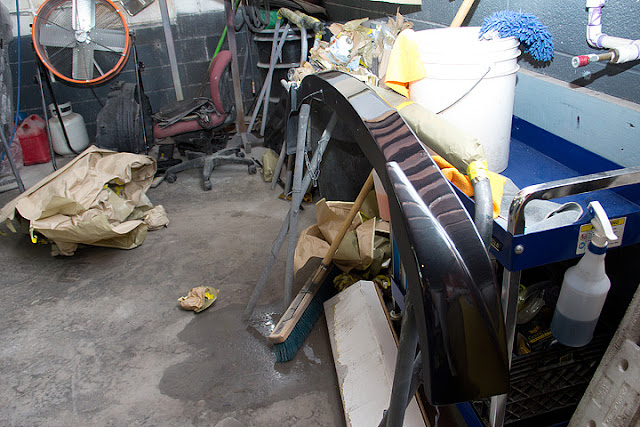 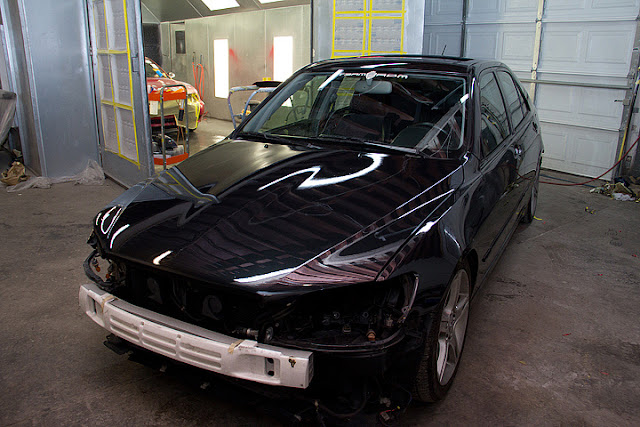 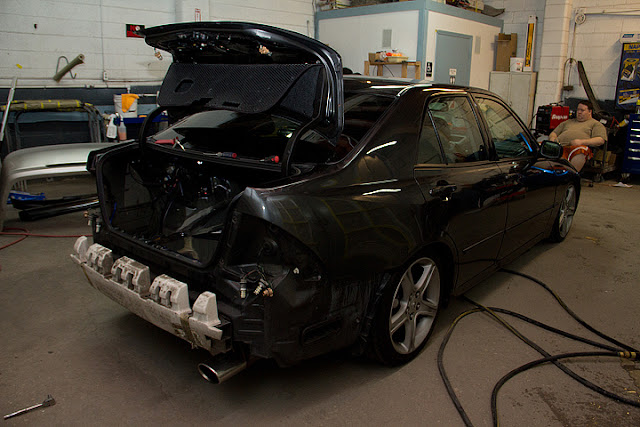 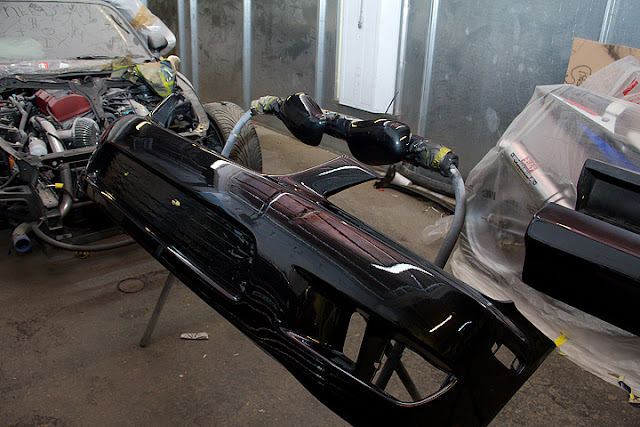 It was well worth it though, Color looks awesome on the car. Another weekend of wet sanding and polishing to make this gem shine even more. 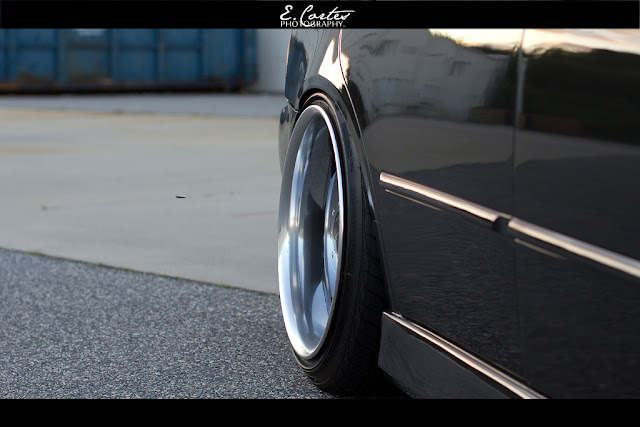 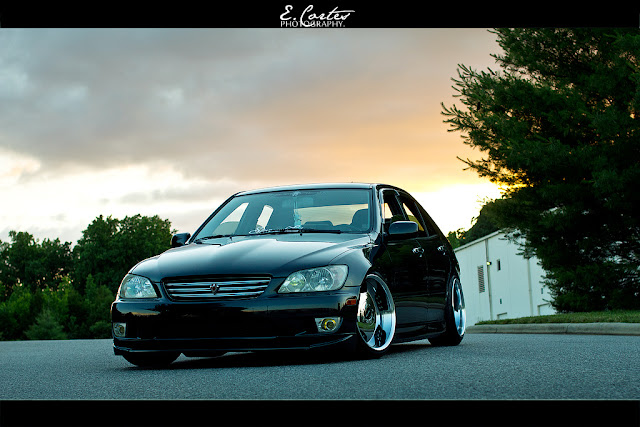 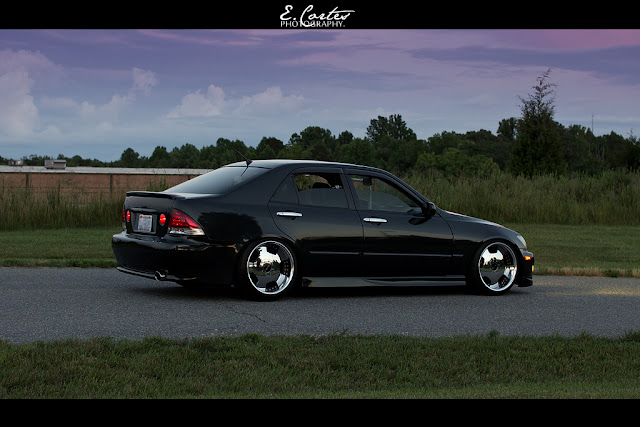 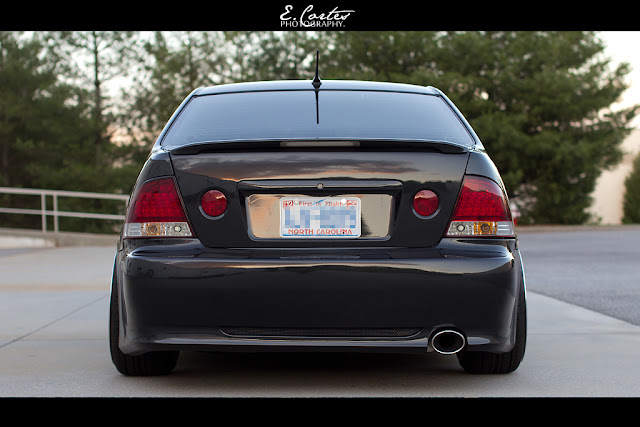 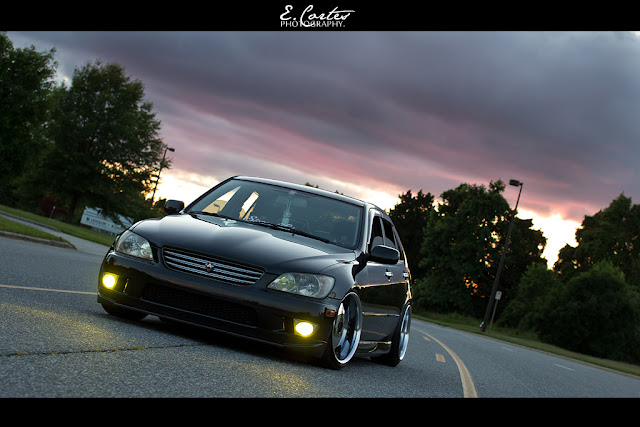 Credits:
Jeremy @ The Body Shop - for painting.
Malcolm - for helping out.
Eldridge - if he hadn't helped as well the car would't have been done in the time frame.