With all the plastics in the engine bay I  wanted to add a personal touch to the engine bay. All the black side and front pieces are very grainy and I wanted a glossy finish to them. Every single pieces was sanded starting at 180 grit and made my way up to 400 grit incrementally. A thorough cleaning of the parts followed ensuring all wax, residues etc are stripped. Prep is key to good adhesion and the outcome of the paint job.

Pictures after the pieces were sanded  and prepped. 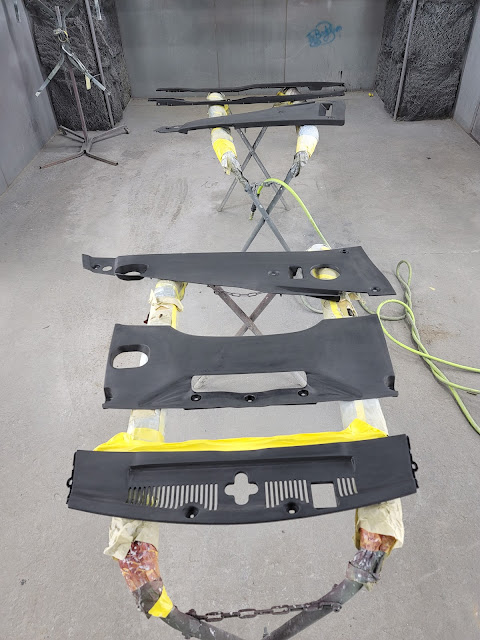 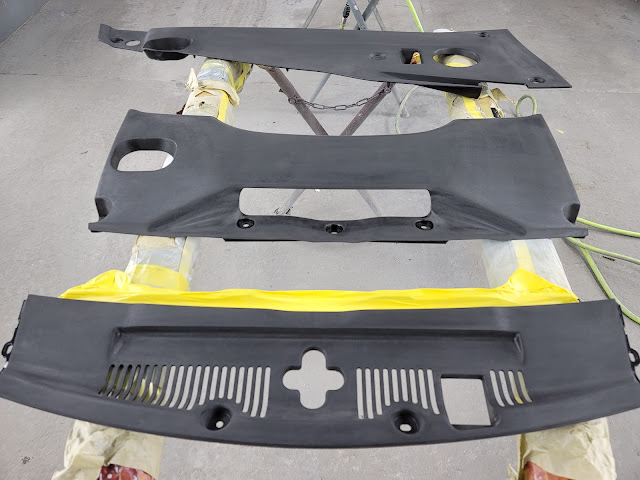 To prime the parts I used SEM High-Build Primer Surfacer. This is a flexible acrylic coating for priming steel, aluminum, urethane, fiberglass and plastics. It features superior adhesion and filling properties. When you are shooting this you can almost see strings of glue flying out. Product is awesome, it says it is easy to sand which to me was far from the truth!! WOW! What a pain in the ass. I don't know if I was doing something wrong but it just wouldn't sand after the first 5 minutes of sanding. It would just clog the paper up and seems like the surface hardens and does not want to sand. Everything else about this was awesome, very flexible and fills in because it is a high build primer. 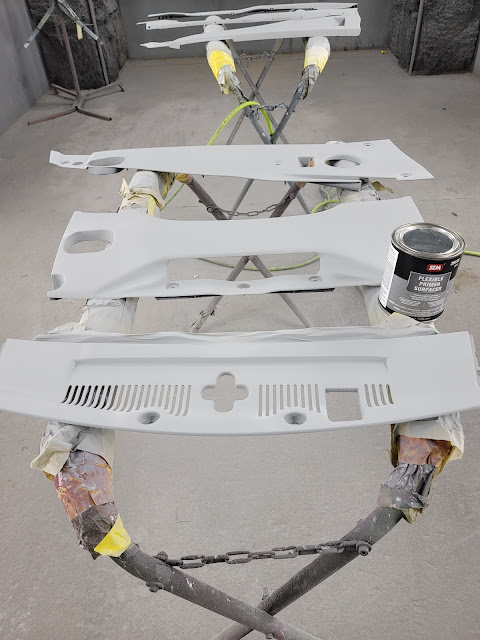 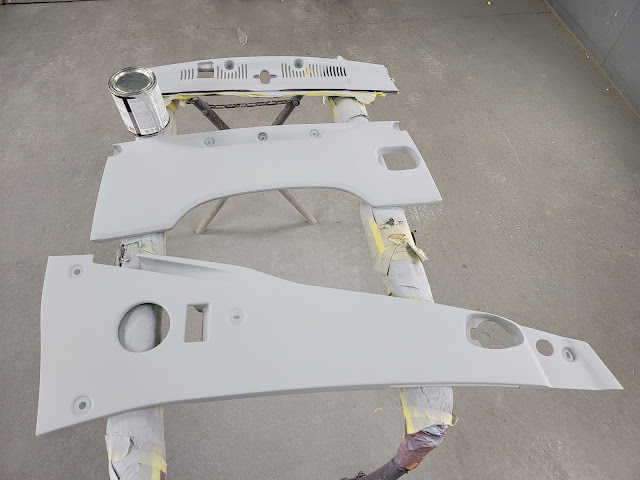 After an hour of trying to sand it with a block and 360 grit sand paper, I was getting no where. What I ended up doing was using 180 grit sand paper on a DA and using that to flatten everything smooth. My thought process was to sand it with 180 grit and put a nice smooth thin coat of regular primer on top. Below are pics of what the panels looked like after 180 grit and prepped again for a coat of primer. 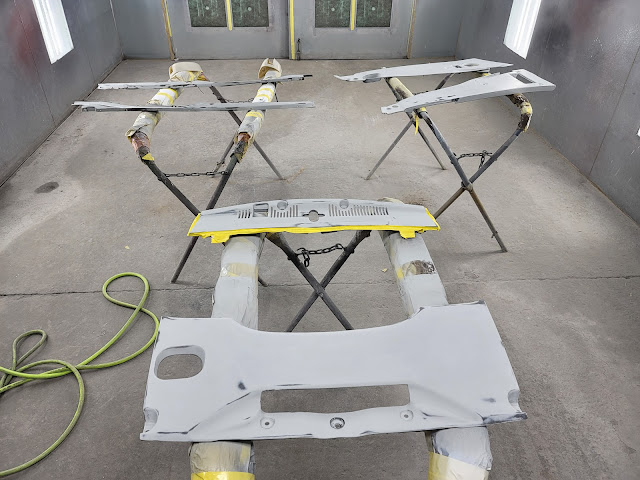 Smooth and flat and after a coat of primer!! 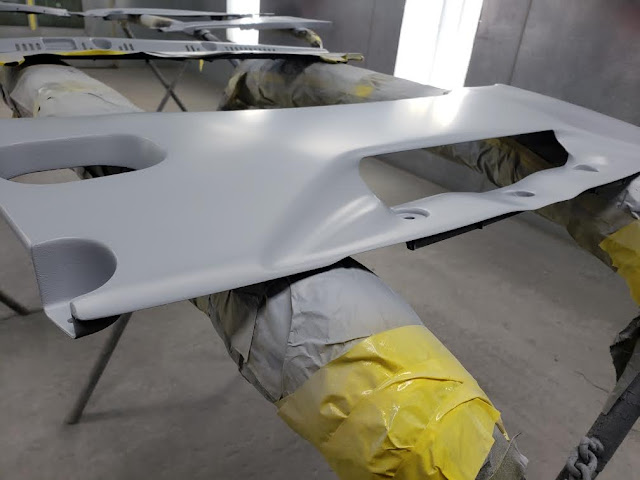 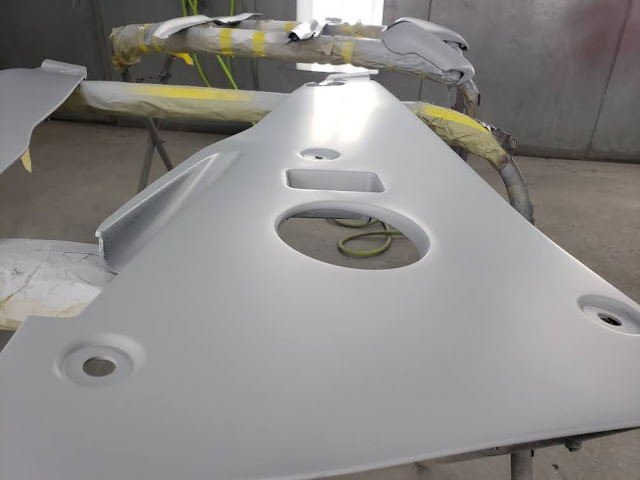 A quick wet sand and Jeremy laid some paint on it. I picked a Toyota color called Attitude Black, it is black but has a slight green, blue and purple pearls in it and it is very subtle, the light has to be hitting it at the right angle to actually see the effect. After the base coat, Jeremy used some 600 grit to level off a couple of areas that weren't as smooth, dusted more color on till everything looked smooth and level.
Panels after base coat. 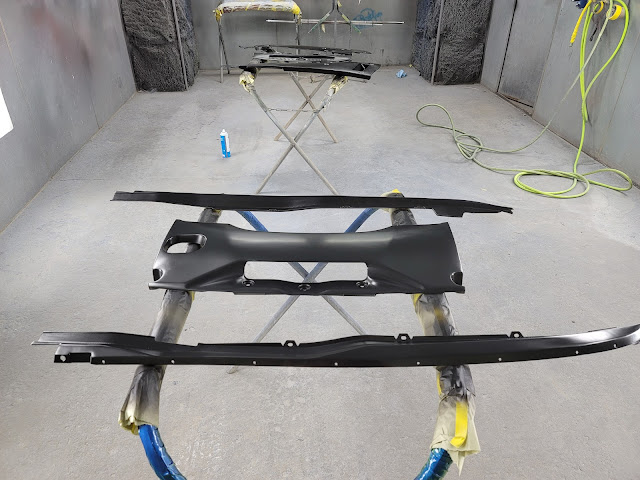 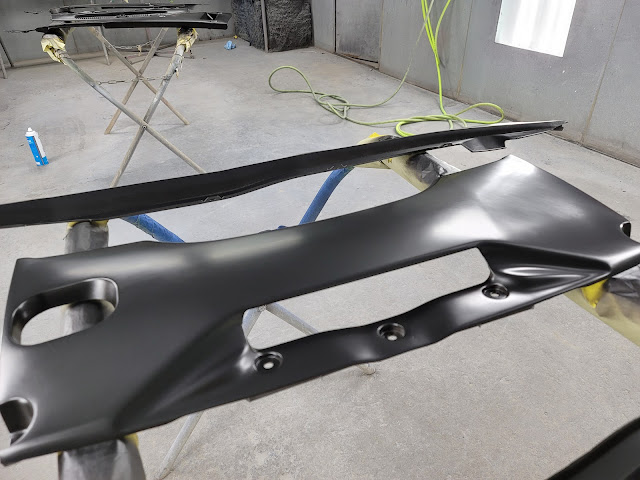 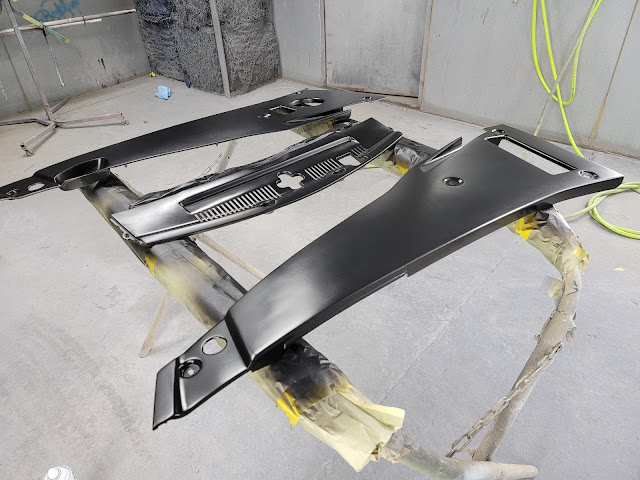 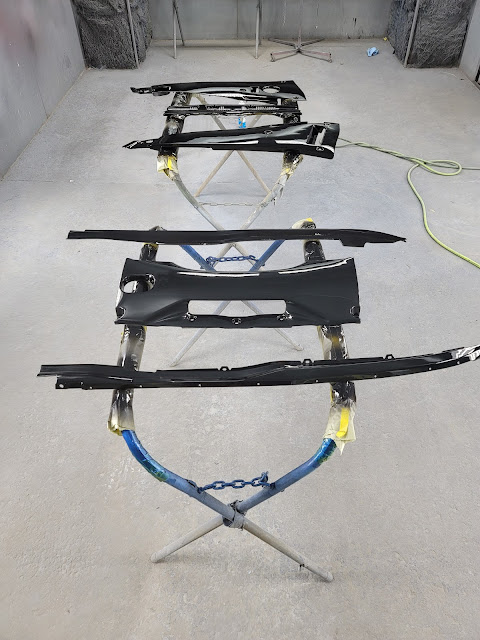 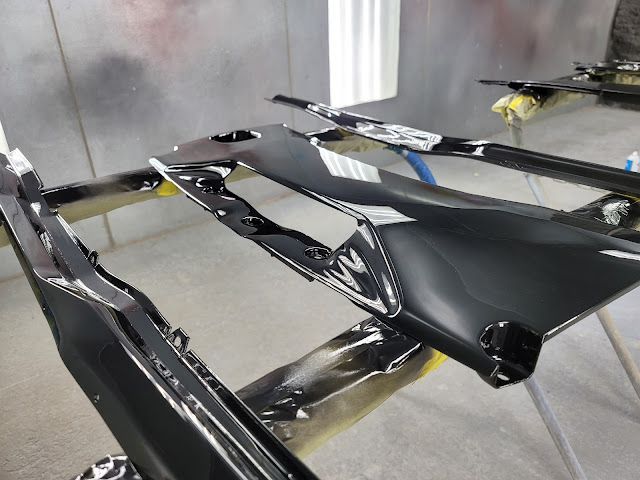 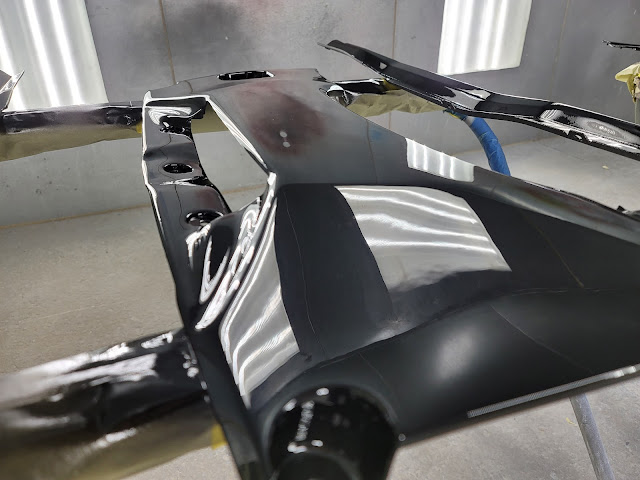 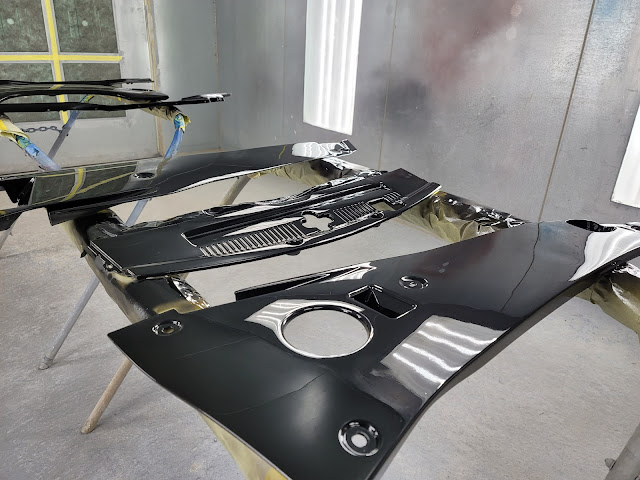 At night with the panels on. 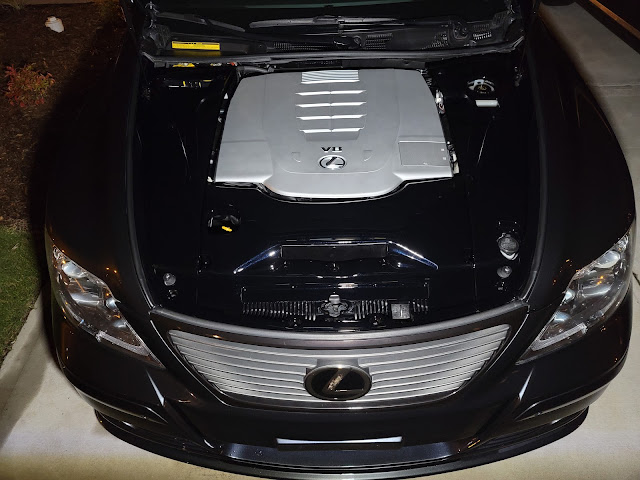 You can see the effect when light hits it. 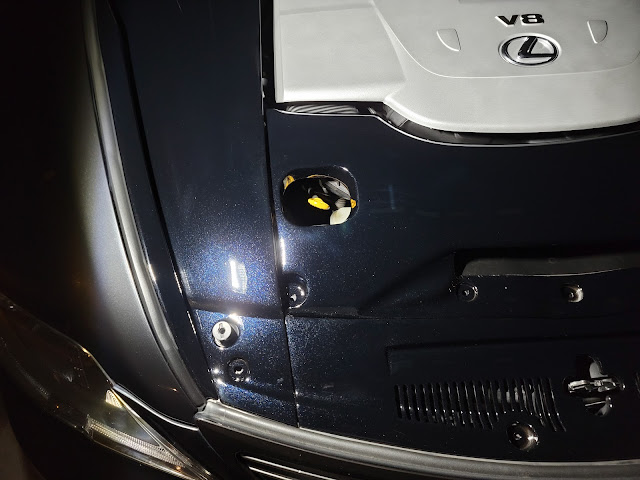 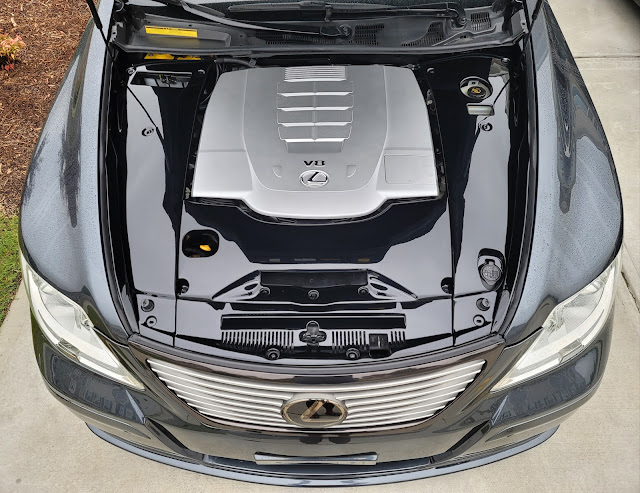 Engine cover the silver looked a little bland so another Toyota color just to change things up a little. 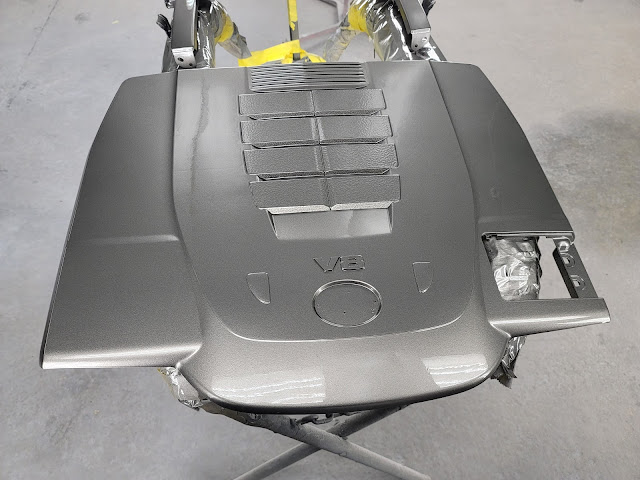 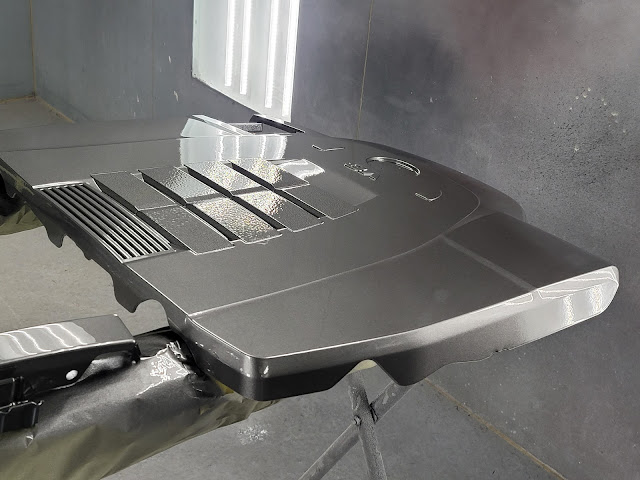 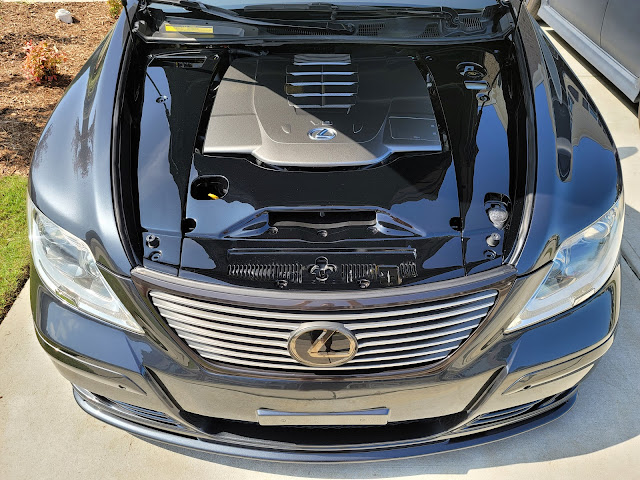 Some of that pearl popping in the sun. 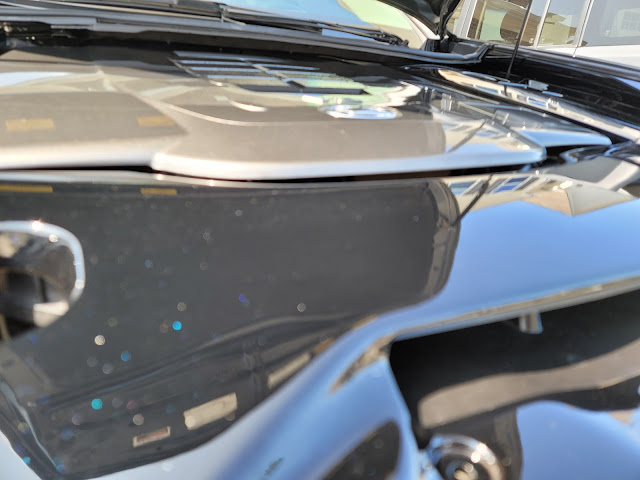