For the most part, I am not going to list part numbers or pricing because it varies and really depends on where you're buying it.  There are OE replacement parts that will work and will save you money, so you don't always have to buy OEM parts, which is much more expensive.  When I did my conversion, I bought all genuine MB parts because OE replacement parts weren't really available and nobody had ever done this conversion in the US before, so I had to figure a lot of this out by myself and didn't want to chance getting things that didn't work.  Now, there are plenty of viable options that can save you money, so this conversion is very affordable.

Also, if you want to take the easiest route, there are folks selling the 2012 - 2014 C63 Style bumpers that comes with everything you need.  I personally do not like the way those bumpers look, so I didn't go down that route.  If you want the sport bumper look, here's what you will need to do the conversion:

1) 2012 - 2014 Front Bumper
Important Note:  Make sure you get the Sport Bumper. There's also a Luxury style bumper that is different with totally different components.  So when buying parts, just double check and make sure everything you're buying is for the sport front bumper.  I made this mistake and it created quite a bit of confusion and hassle sending things back.  The bumper should look like this: 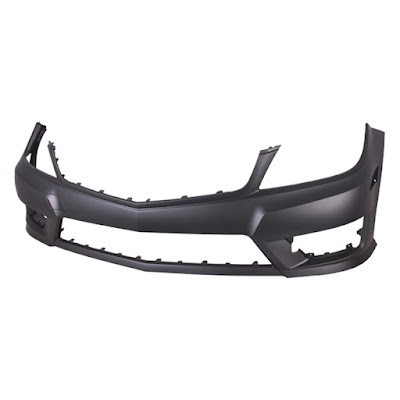 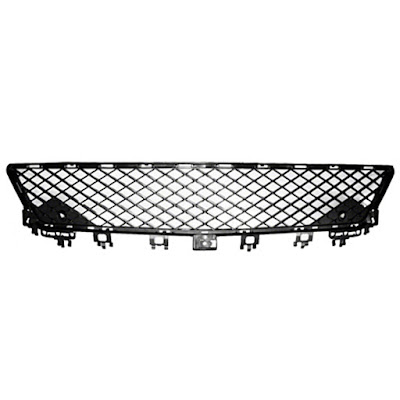 3) Daytime Running Light (DRL) LED - Left and Right Side (L/R).  Try to buy this as one package with the backing mounts, grills and chrome decorative moldings.  I made the mistake of buying all these parts separately from Mercedes and it wasn't cheap.  Also, make sure you're buying it for the 2012 models, not the 2011 models. In 2011, the bumpers stayed the same but went away from fog lights to DRLs before the facelifted models were released.  I actually don't know if they are the same in shape, but I would say to make sure you're buying for the 2012 bumper, it's better to be safe than sorry. 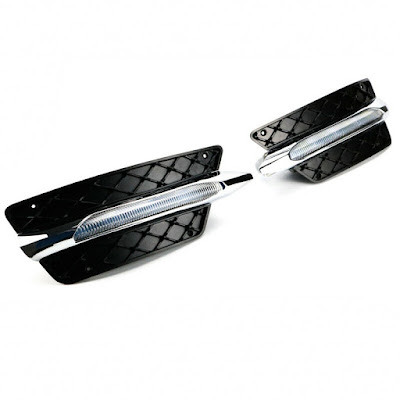 4) DRL Electrical Connector (x2) - MB Part #: 211-545-13-28
Try to find the connector with wires already attached (I've seen them on ebay), the MB ones don't have wires in it so you have to add pins and wires yourself (which is kind of a pain).  The connector looks like this. 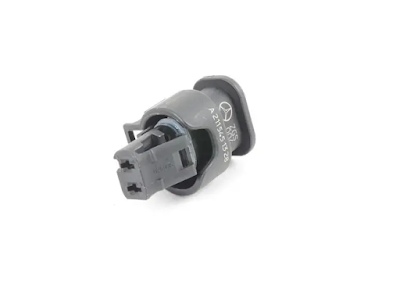 These weren't available when I did my conversion, but try to find the pre-wired connectors.  They look a bit different, but they'll fit: 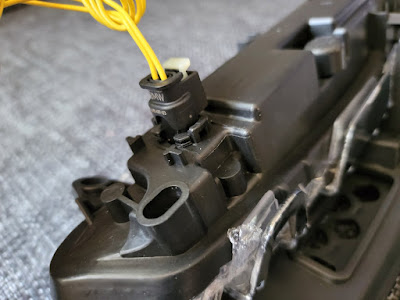 5) 25v Capacitor (between 50 - 100 uF) - You'll need 2 of these, one for each DRL to get rid of error codes from going from halogen bulbs to LEDs.  If you don't know how to wire up a capacitor, it's easy, just wire it in circuit with positive to positive and negative to negative.  See example below.  One note, for me, I taped it up with electrical tape and then heat shrink over it and more tape to make sure no water got to it. 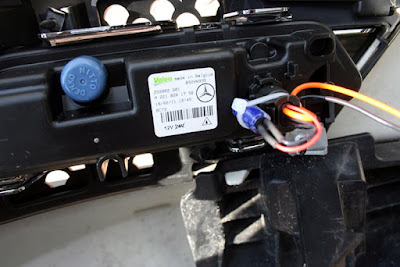 6) Front Bumper Upper Support Brackets - You'll need this in order to mount everything properly and for stability.

7) Front Bumper Lower Reinforcement - I didn't have this at first and the bumper was very flimsy without it.  The bumper is very thin, so although you don't absolutely need this, it's highly recommended. 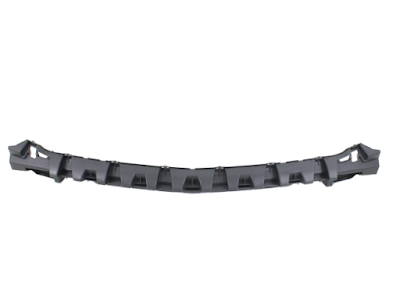 8) Side Markers (L/R) - Make sure you buy this with the black mounting bracket. 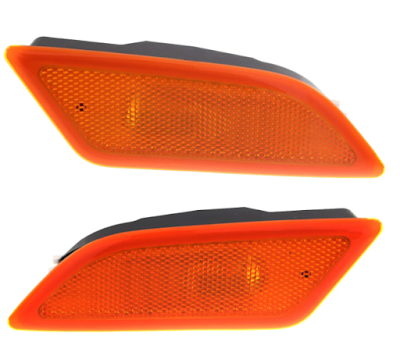 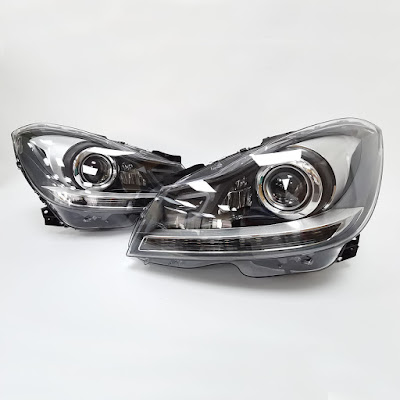 10) Headlight connectors (x2) - You have a few options, you can find the pigtail connectors that plugs into the headlights (easiest option), or you could do what I did and just bought universal connectors and make your own harness.  When I did my conversion, these weren't really available, so I had to make one using the wiring diagrams for the headlights.  Now, I think they are more readily available and will save lots of time. 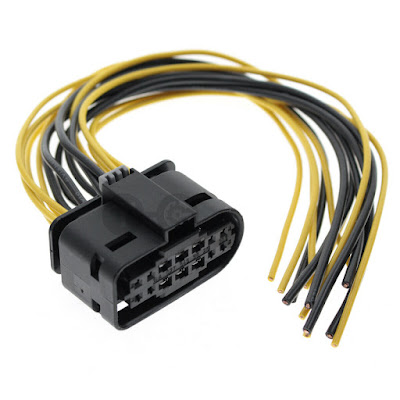 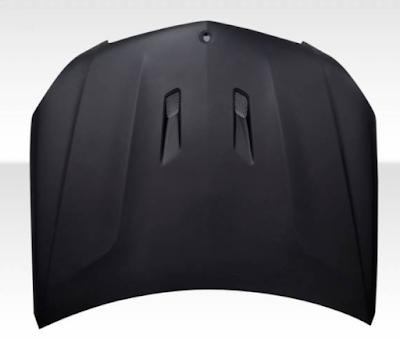 *One note is that if you don't want to change out your headlights and hood, you don't have to.  The facelift bumper will still fit, but it will have a gap around the headlight area.
Parts you don't need because they stayed the same across all W204 models: