This was a weird problem. Went to crank up the LX one morning and well key turned heard a clicking noise but no startup. Turning the key again I felt no resistance. I did some research and come to find out that the cause of this is a particular rod in the ignition cylinder that breaks. It is a known issue in high mileage cars documented more so on the Land cruisers and LX470. This is probably documented more so on these cars because they actually last a long time. Also at this I should point out that ih8mud.com is an awesome resource and most of the explanations etc. I find that makes sense to me is from people on that forum that actually like to analyze the problem. So thank you ih8mud.  Anywho onto the problem at hand. To do this there are some security bolts that needs to be drilled out and then the old part can come out and new one reinstalled. Well I didn't want to do that. The other method is to actually change just the ignition cylinder rod that is broken. A quick google search shows a lot of different options or manufacturers rather for replacement part. I ended up ordering a couple and I ended up using a part made by or rather sold by Bross, part# is BSP36FBA. The reason why I ended up with this is because the part had the same stampings the new superseded part Toyota uses. If it's lasted 21 years I'm ok with that. I'm not going to go into detail on how to replace this part. This video pretty much does all that and I want to thank the poster for doing this.

Below are just pictures to show how some components from the old cylinder rod is transferred onto the new one and a couple of slight modifications I did to help prolong the integrity of the part.

On the left is the new part and the right is the old part depicting where it broke off. As you can see both the parts have the same stampings. 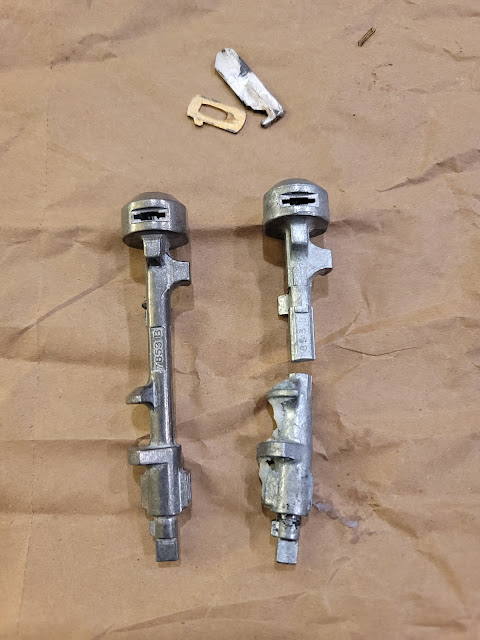 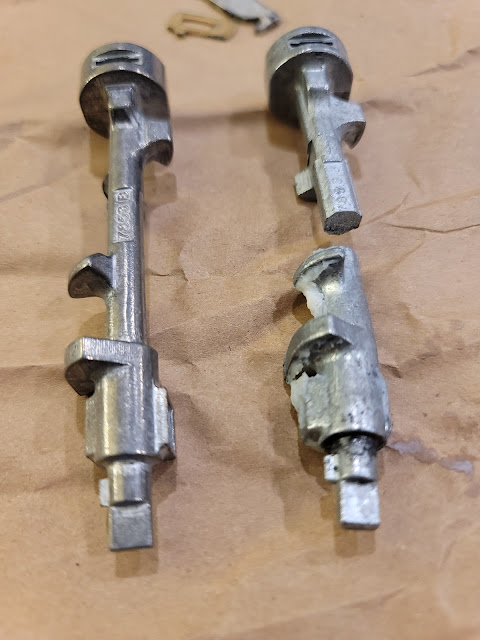 The spring and two blades that sit in the ignition rod are shown below. 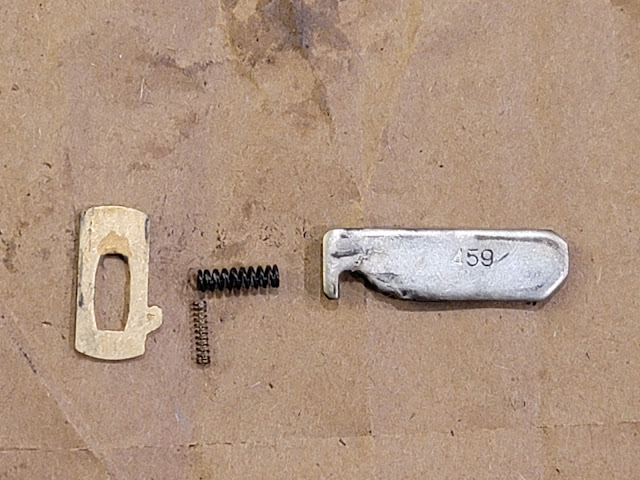 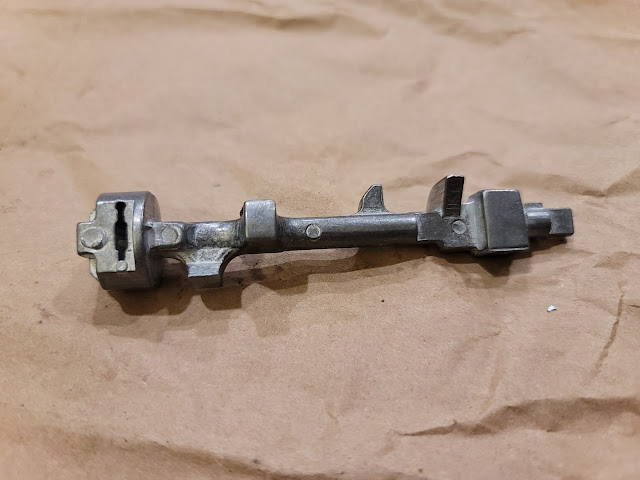 This is the steps to insert the spring and blades into the new rod. 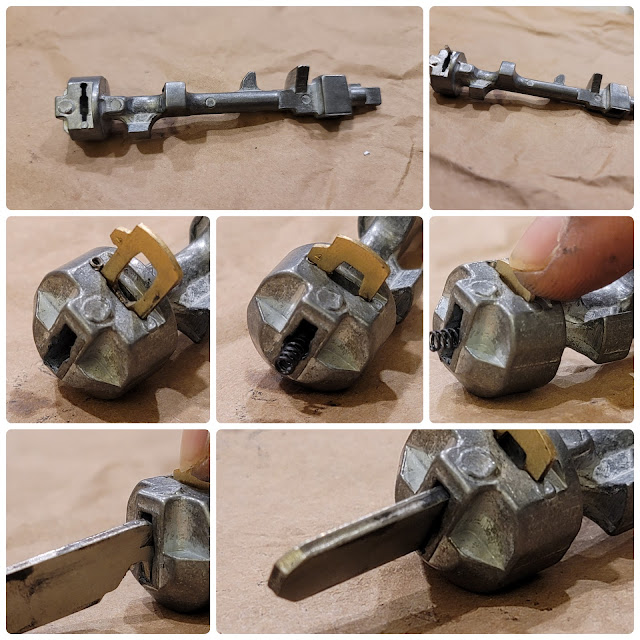 Only thing that I did differently is smooth out the new part. My thought process was that if the part has sharp edges etc that just adds more force on the weak points of the ignition rod. Smoothing out these lobes I felt would help lower the tension the part is under by causing the part to move more freely through its sequence. I used a 800 grit scotch-brite buffing wheel on a rotary tool to smooth out the lobes and polish up the part. I used the old part as reference to see how the lobes have worn out and tried to mimic it. 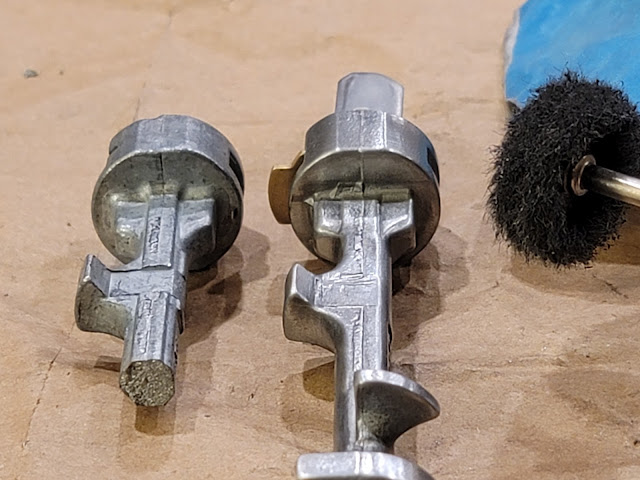 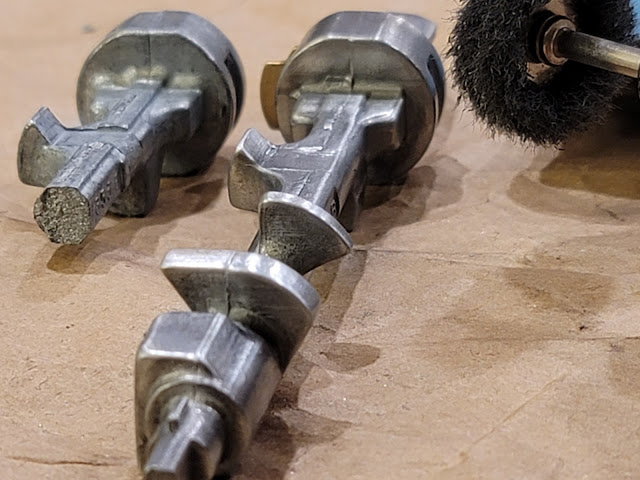 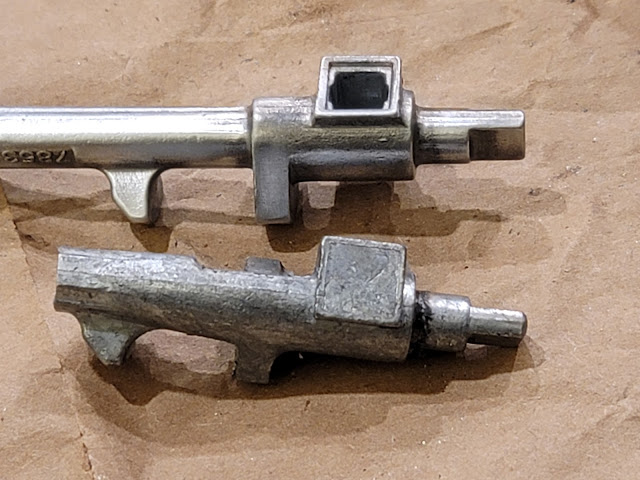 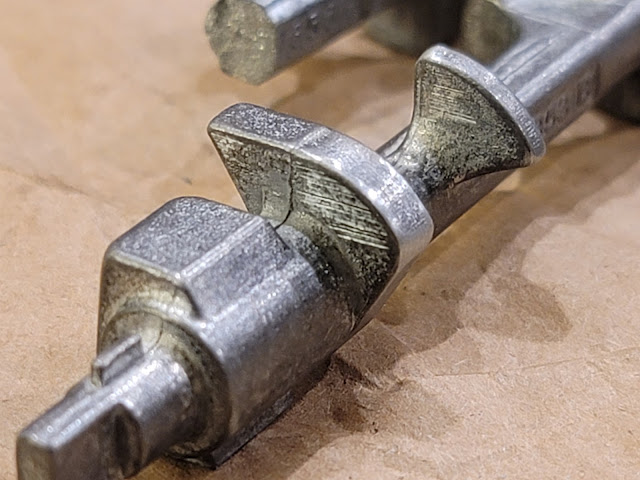 Use enough grease on the ignition rod and reinstall. Everything is back together and functioning as it should.